Welcome to the EMR Blog page, please feel free to add your comments or questions to any of the topics at any time. Because of spam, your blog comments will need to be approved by an admin before they will appear.

Emergency Medical Response originally started out as Bealiba Community First Response in 2010 but has grow considerably since then with two Volunteer Ambulances (ex-Rural Ambulance Victoria 2006 and a ex-Queensland Ambulance Service 2005 Mercedes-Benz Sprinter) along with a 2012 Toyota HiLux 4WD Response Vehicle on call to handle all those off road situations.

The “Star of Life” is a logo patented by the American Medical Association in 1967. It represents the three rivers of life and the rod of Aesculapius (the snake emblem) that is widely used as the symbol of medical care worldwide and named after the Greek mythology figure Asclepius, who was said to have possessed healing power. The symbol was first used on early generation Medic-Alert emblems. It was given to the NREMT as the EMT logo.

When Dawson Mills of the United States Department of Transportation (USDOT) asked the American Red Cross to use the red cross as the EMS logo for ambulances and was refused, he asked “Deke” Farrington if the USDOT could use the Star of Life on all ambulances in USA, and Farrington approved it. The six points of the star were named by Leo Schwartz who changed the background from red to blue.

In Australia, First Aid logos are green, so EMR has adopted a green “Star of Life”.

The six branches of the star are symbols of the six main tasks executed by rescuers all through the emergency chain:-

EMR first made district news on Tuesday March 29, 2011 on page 6 of The Maryborough Advertiser. You can click on the image below to read the article on our debut! 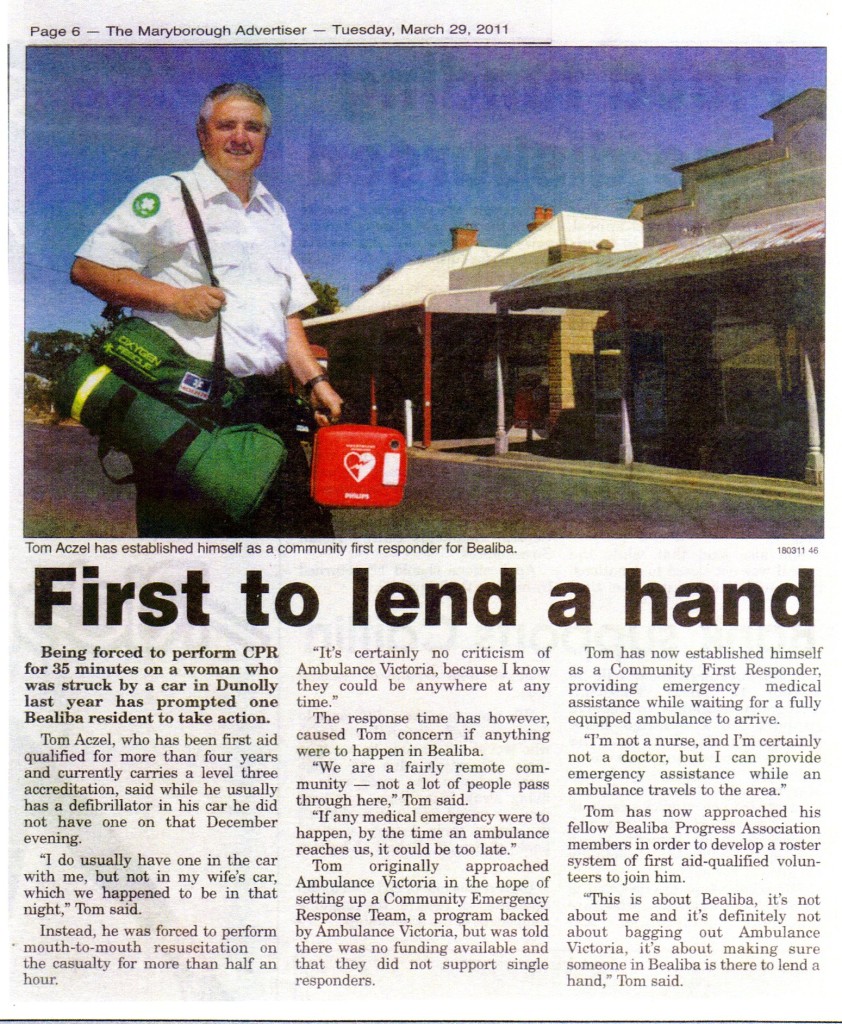